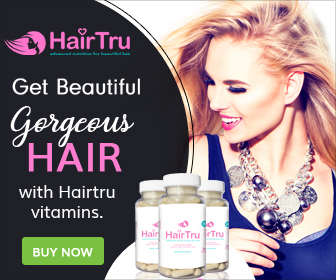 Crown Braid For Short Hair? That sounds impossible but for those who have the willpower, nothing is impossible. Read on and find out how you can make cute, pretty and stunning crown braids out of short hair.

Making crown braids is a fun little pastime until you start a crown that’s way over your head. That’s when you realize you’re not going to make it and have to call it quits. That most often happens because you haven’t practiced it enough and lack the ingredients.

Do the groundwork the best you can and making crown braids to several people in a row will be a breeze. Also, only do those crown braids you’re feeling good about and are comfortable with. That will help you avoid messy situations with friends who have high expectations.

This next bit of advice is very simple but bears repeating: make braids out of clean, dry hair whenever you can. It’s not a problem if the hair is oily or damp, but only if you’re going for the “I am a Viking and I sleep in a ditch” look. Still, wet hair can actually look amazing when the braid is undone.

Use a hair brush to get the tangles and knots out of there. You can use some dry shampoo or some texturizing hair spray to keep the hair in place too but that’s most often over the top. In most cases, you won’t need any fancy stuff, which is the entire beauty of braiding.

If the crown braid keeps falling apart, cinch it and use bobby pins to keep it in place. You can and should use any other fastening tools, such as hair bands. There is some merit to letting a few strands of hair fly about but first learn the neat look.

You can also tease the braid to increase its volume, such as by combing the hair against the direction it grows in. Teasing also hides any elastic hair bands in such a braid.

This presumes you know how to make a braid. If not, here’s the quick rundown.
Take any section of hair and split it in three bunches:

Keep crisscrossing the bunches and add new hair when you reach another part of the head. You can play around with the hairdo, such as by pulling, bending, twisting or just adding fun ornaments. You can create flowers, buns that look like flowers or add real flowers. Mind the colors and don’t let them clash with one another.

Whichever you choose, Dutch or French, stick to it and don’t mix the styles. The Dutch braid gives more of a 3D, pop-out effect to the hairdo while the French braid is more flat and elegant. There’s a lot of nuance there too but the gist of it is that you should cinch your hair at first and tease it later, if need be.

Texturizing definitely helps with short hair more so than with the long one. Dry shampoo works too. If you won’t be using either, you’ll have to cinch the hair very hard to make it stay in place.

Make the crown braid look as seamless as possible and secure it with pins. When you finish making a braid, lightly pull it apart to give it extra volume.

Starburst crown braid
This one is great for all ages but works especially well on young girls. Make a crown braid that goes around the head and then do the starburst. This means taking up bunches from the top of the head and combining them with the braid as you go. The final effect is both cute and mind-blowing.

Waterfall crown braid
This one looks like a crown going around the head, from which waves of hair fall down the head.
Pick up the hair above your forehead but choose one side and take more hair from it. That’s the direction of your crown braid. Now, make a French braid out of the hair. Keep adding hair but let bunches of hair drop down the side of the head. Keep adding more hair that’s near the dropped bunches, complete the crown and fix it in place.

The end result is a crown braid that also has a wavy, frothy look. Works with any hair color but absolutely stuns if you’ve got an exotic color.

Scarfed crown braid
This hairdo is fantastic and you could easily imagine it worn by fairies and elves. Split the hair on the back of your head down the middle. Pick one side and start making a braid that goes around the head. Take a scarf, fold it and use it as a hair bunch as you make the braid.

Keep going around the head as you cinch the braid together. Go above the ear and along the hairline. Descend above the other ear and keep going for as long as you have hair to work with. Put an elastic hair band on the finished braid and wrap it up so it connects with the crown. Fasten with bobby pins.

Mixed braid crown
Here’s one perfect hairstyle for braiding beginners. Part your hair down the middle and start on one side above your forehead but go over the opposite side. Keep braiding and circle around your head all the way to the back. So, what’s so special about this hairdo?

You can use any kind of braid, including French and Dutch, big or small. Even if you make a mistake, everyone will notice the pretty hair.